I was raised in a dysfunctional home and moving many times in my early childhood left me with a fear that if I made any friends, we would move again, so there was no point in doing so. I lived a very lonely life, faith was lacking entirely in the home. 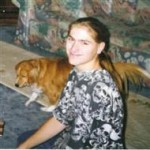 By high school, I had very long hair, I was a total introvert, and I could not care about the world. I had a total aversion to drugs and alcohol, but every person I knew was using them. After seeing LSD and being tempted to take it, I finally decided that enough was enough and I was not going put up with any more drugs around me, so I went inside myself to seclude from my home life. I committed myself to learning and education, seeing it as a possible way out of the world I was completed submerged in.  On a field trip at lunch, I was sitting alone as usual. A teacher came over and asked to sit. He asked about a whole series of things in my life and finally, he asked about my faith. I would have been best described as either an atheist or a mystic, depending on where one might draw the line. He asked me if I would be open to learning a few things of spiritual nature, and I said yes, primarily out of total loneliness and need of attention. We started to study James Montgomery Boice during some down-time at the school, and I had no objection. He even met me a few times after school hours and he gave me the first Bible I had ever owned. I did not miraculously come to Christ, and after high school was over, I saw him a few times, but I became very busy with multiple jobs and heavy school loads.

In college, I started to work volunteer hours at the planetarium and the director was a very devout Christian. A whole series of home problems began to brew again and I was left totally alone, angry, irritated, and suicidal. I suppressed the pain for a long time by working more hours and studying more materials. If I just learned enough, I reasoned, I would learn how to get out of it all. Another bad situation arose and I was totally on the edge, concerned even for my life, and I had no where to turn. The planetarium director was in his office at the university when I went in and he sensed that something was wrong. I started to tell him a little of the problem and he listened, but stopped me at the family things and said that his wife would be better able to help, so we went immediately over to his house to talk with her. They witnessed faith of how Christ could take all the pain away, but I still did not accept. 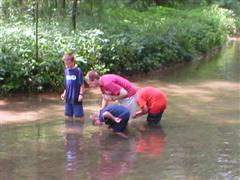 My actual conversion is a little strange. As I was looking for fulfillment, I entered a group that I discovered later was a commercial cult. The promise of money, friends, and family; all the things people are searching for. They talked a lot about God which made me start to examine the facts about God for the first real time. I had a read through the Bible that was given to me by my teacher, and I acknowledge January 7, 2001 as the day I first believed there is a man named Jesus Christ who paid for my sins. Eventually, I found many inconsistencies between the cult teachings and true biblical doctrines, which caused me to leave the cult.

I began a rigorous process of working through my dysfunctional life. I worked daily for over two years with the hope and promise of being delivered from the snares of a rough childhood, abuses, fatherlessness, and other struggles. I have never felt so restored at the completion of that time. Christ took away all my loneliness. My formal ministry for Christ began shortly after. I signed up to help in Vacation Bible School. I went to a prayer dinner shortly before VBS on a Friday night to pray for VBS, but God would use that night for something else altogether. I cried a lot that night; I cried about my lost childhood, the pain I had growing up, the absence of a father, and more issues as well. God brought all that up to the surface and forced me to place it on the alter before Him that day. After that night, God supernaturally removed the pains of my past life and empowered me to help others.

I found that academics is one of my gifts, so I used it to the best of my ability for learning about Christian doctrine, heresies, cultural issues, etc. I teach the material I have learned where I can, as I was given this gift for the Kingdom of Christ.

Now that I have grounded myself in doctrine, I have battled cults by making available my testimony and exposing the false biblical teachings on the internet. I have also taught children in several Sunday school classes, mentored in Big Brothers / Big Sisters, and counseled at a local camp over the summers. I have also taught for other local churches and worked on projects with parachurch ministries.  In the most recent years I have traveled the country, mentored many teenagers, and have taken to writing.  My desire to see America become a sanctified body of believers living their life for Jesus in a way that is consistent with the teachings of the Bible.

Our God is an awesome God. 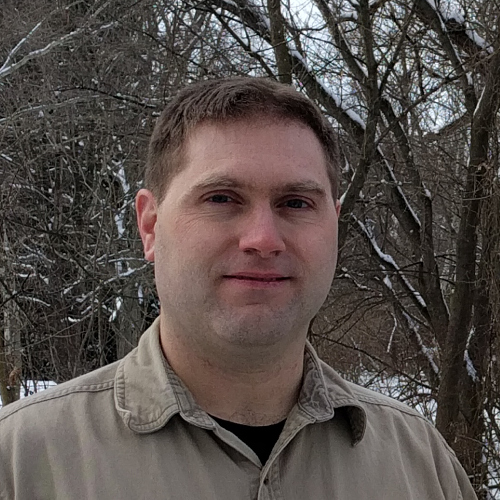