We had just finished our small group discussion of spiritual gifts which included our usual (though slightly abbreviated) prayer session. We prayed for all sorts of matters, one of them being the children. As we closed the study, I headed out to the kitchen where five of the kids were huddled around a small TV in the kitchen.

The rest were at the TV in the back room. As I approached, the kids were transfixed on the screen as I watched a poorly drawn skeleton wielding a sickle. The animation schemes demonstrated a program that I had seen at my previous Little Brothers house (from Big Brothers, Big Sisters). I knew they were watching ‘The Grim Adventures of Billy and Mandy”, or “Billy and Mandy” for short. The one boy switched the channel to that familiar, though nauseating, yellow block called “Sponge Bob”. I suggested that is even worse. Finally, they settled for just turning the TV totally off.

A few weeks ago, I taught the 3rd-5th grade Sunday school which is a larger crowd than I usually have. So that I was not teaching the 5th graders at the 3rd grade level, I wrote a lesson for this day called ‘Are You a Christian?’ which a few other people really liked and took a copy to read. Near the end of this lesson, we started to talk about what our life and entertainment looks like. Let me be honest, if we are believers, we are called to be Holy, set apart for God. How can we do that if we are watching and enjoying the same Godless material as the world around us? Some might call it legalistic…I call it Holy! I have made a decision that I will not watch material that glorifies things that God is against. I do not think that we are free to watch whatever we want! We are to cast off the filthiness of the world. As a reaction to be talking about these things, the kids started to ask me if the cartoons they were watching were good to watch. I knew what some of them were watching and they some cartoons are absolutely ungodly. I did not know enough to get all the answers, so I asked them to give me a list of the programs they are watching so that I could look into them. To detail the importance of this, I will give a brief synopsis of the introductory sermon on the series “Parenting in Perilous Times” by Chip Ingram. This sermon is called “Evidence of Our Perilous Times” and all I can think to say about this talk is Amen, Amen, and Amen. Chip hits the nail right on the head with this one.

To start, let us examine the origin of this series. This was delivered in April 1999. If you recognize that date at the date of the Columbine Murders, it is not a coincidence. As a response to this event, Chip stopped in the middle of a series he was recording and put together a five part series (a sixth lesson was added at the end, but it was more of an interview than a sermon). In this sermon, Chip details what lead to that event.

Chip begins the lesson with asking if the common denominators of violent music, violent video games, violent films, Internet access into ‘bazaar’ areas, troubled children, and unaware parents are unique to these few students. His conclusion is that it is more popular than we believe! He says:

The mental diet of our youth and the mental…diet of our culture has gone from Ozzy and Harriot to Ozzy Osborne in one generation. It has gone from Donna Reed and Leave it to Beaver to Marilyn Manson in one generation…When Elvis Presley first came out, he was banned from many cities. Why? Because he moved his hips, and now Marilyn Manson gives concerts all over America and when kids get there, they get a pin that says “Kill Your Parents”.

There is a key relationship between what a person watches and how they behave despite what some people tell you. He quotes a research article that addresses that research since we know about this trend, why isn’t anything being done?

The money that’s made, number one, and number two, America so loves it’s TV and it’s violence. To face the implications of this study means such radical change they just don’t want to see it.

Chip quotes Proverbs 23:7 as common as it may be:

As a man thinks in his heart, so is he.

Indeed, the most important decision we will make is what to put into our minds as our entertainment.

In Christianity Today August 1998, David Grossman reported on the subject he calls killology, the study of how to kill. As a military psychologist, he knows how the military trains people to overcome the barriers that humans have for killing their own kind. This article is written about another school shooting where two boys, 11 and 13 stole a relative’s van and guns and hid in the woods by the school. The younger boy went in the school and pulled the fire alarm before running back and taking position. As the crowd gathered outside for the fire alarm, the two boys opened fire on the crowd killing five people as well as wounding many. Grossman tells us that “What they do in the military to help people overcome the natural inclination of a species to kill their own kind, we are systematically doing in our culture.” Grossman cites three ways the military uses to train people to kill:

We are training our children to kill through these methods as the military does to be murderers, and obviously, we’re successful.

Now, a natural response is to blame Hollywood. Obviously, they have a roll in all this, but frankly, not very much. I have not watched TV for about 10 years now. I can not say that Hollywood has much effect on me. I can recall, however, when I worked in a bakery in college. One day, about half of the restaurant staff walked around the day screaming “Timmy!” in a weird voice. I pondered what planet they all visited together until I found out what was responsible. The new “Southpark” season started and the writers introduced a paraplegic character that could only say his name: Timmy. Literally over night, over half of the staff (about 25 people) had a new attitude by which to make one another laugh. Is Hollywood to blame? I don’t think so. We are. My friend says that if every person who professes Christ with their mouth just lived that faith they confessed and refused to watch materials that glorify things against God, we would single-handedly bring Hollywood to its knees. You see, if they make money on it, they will keep doing what makes them the money. Remember above that we so love our violence, and I might add, sex, crude humor, wretched behavior, inappropriate jokes, etc, etc, etc. If we stopped watching those movies, they would stop making them. Chip agrees that we don’t need to clean up Hollywood yet, we need to clean up our own life first.

You adulteresses, do you not know that friendship with the world is hostility toward God? Therefore whoever wishes to be a friend of the world makes himself an enemy of God.

People, we need to fix ourselves, and then fix your families, only then can we fix America.

If you have found that you have this kind of material in your home, get rid of it. Burn it, sell it, destroy it, but just don’t leave it lying around. I remember when I did this. I took a hammer to my video cassettes, threw CDs in the dumpster, deleted files off my computer. It was a radical cleaning. Have I missed some of my favorite movies? Yes, but I don’t for one minute regret what I did. A word about what to get rid of. I agree that there are movies that kids are a little young to see, and these can be fine, but there are movies that not even adults should see. Here is my basic strategy. It is bad if it:

Next, decide where the line should be as to what you will watch. If it is for entertainment, I would recommend that you not watch these common wretched shows, if you are reviewing the materials to let others know the dangers, perhaps you will be watching materials that are not suited. If you find yourself enjoying those, I would recommend letting other people do the reviews. It is not worth contaminating yourself to clean up the world.

Next, know what your children are watching, set clear boundaries for what is appropriate, and be firm. Your objective as a parent is not that they love you and never get mad at you now, but will they love you for protecting their mind in 10 or more years? When they are mad because they want to watch something you have forbidden, they know the boundaries and they feel safe with them. They know there is a limit to what they can do and they will love you for that, I promise. Please do this in love!

I know this has been long, but please allow me to leave a few parting points. The first is that I grew up in a home where anything went as long as public authorities did not get involved. I was allowed to watch any kind of material I wanted. I remember a 5th grade assignment was a creative writing assignment asking for 10 reasons our parents did not sign our homework. On my list were: “Freddy Kruger killed my mom”, “Jason Voorhees chopped her up with an axe”, “She fell off a cliff and died”, “She was parachuting and the parachute did not open”. It is more prevalent now than it used to be. In addition to working with church kids, I get quite a lot of chance to work with non-church kids, too. It is not any different. One child, at age 9, did not want to do anything by play Grand Theft Auto: ViceCity or watch Jason verses Freddy. The parents were fine with either! This kid displays violent tendencies already.

In conclusion, it is of critical importance what we watch, and what we let our children watch. If we prepare a nice, healthy meal and sprinkle on a little bit of arsenic, we are not doing well for our body, and watching the kinds of things that we watch as an American culture today, we are doing just that. We will become what we watch; our children will watch what we watch. Please have the courage to do what is right. If your kids want to watch a movie that other church kids are watching and you know it is wrong, say no. If they respond with so and so goes to church, and he is watching it, your answer is “His parents are WRONG.” Use the scripture as your standard, not other people. You may think this lesson is legalistic, I think it is Holy.

If you liked this article, check out my expanded book on this topic: I AM not amused. 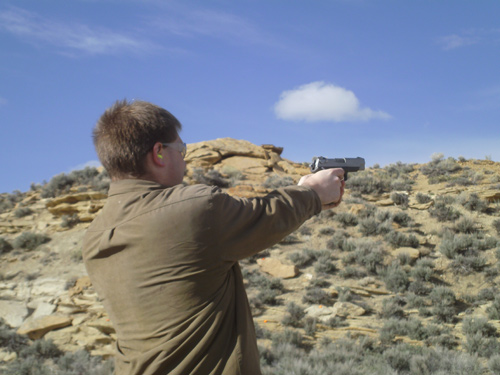