A Life Without Fault 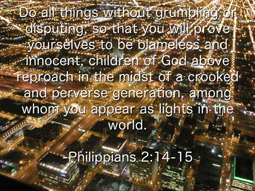 Read more: A Life Without Fault 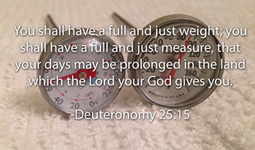 Truth is best defined as "fidelity to a standard" meaning that something is true if it matches the object that it is defined by.  God commanded the Israelites to have honest measures to weigh out quantities of foods for payment or sacrifice. 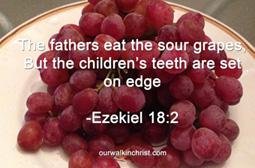 "Like Father Like Son" is a statement that we sometimes hear around our world today.  It is an unfair analogy and it unjustly hurts people whom are judged by a family member's conduct.  It happened to me in high school.  I, like my brother, played in various band courses but in my tenth grade year when my brother was a senior, he was not the favorite student of the band director. 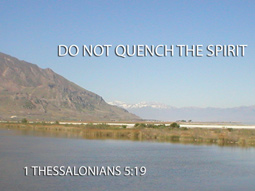 The Holy Spirit is undoubtedly the most misunderstood part of the Godhead.  We forget that He is a person, has specific roles in the life of the Christian, and even that He is working when we do not directly see his work.

As the Deer Pants

As the deer pants for the water brooks, So my soul pants for You, O God. My soul thirsts for God, for the living God; When shall I come and appear before God? (Psalm 42:1-2)

It is no secret that I dwell on the topic of professing Christians not reading the Bible, but why is it that we do not read it as we should?

Read more: As the Deer Pants