The roots of mistrust, jealousy and bitterness toward the Jews were beyond understanding to many citizens of the United States, who had welcomed Jewish immigrants for decades. Nothing like that could ever happen here, we told ourselves.

Yet it has begun. And it is not just among non-believers. In “The Rising Tide of Anti-Semitism in America,"  Michael Brown documents seeds of anti-Semitism sprouting even in a wide segment of so-called believers. Do these who claim to be Christians understand what Jesus meant when he said people with such attitudes would be counted not among his “sheep” but among the “goats”?

In Jesus’ parable of the sheep and the goats (Matthew 25:31-46), the Son of Man, upon his return to Earth in glory, assembles the nations before him. Like a shepherd, he separates the people, putting the “sheep” on his right and the “goats” on his left. The determining factor is people’s kindness, or lack of it, to those Jesus calls “these brothers of mine” (v. 40). In this phrase, Jesus refers to those who are in need of help and encouragement, those of every rank, race and ethnicity, including his own people, the Jews. He explains that to extend kindness to another person is to be numbered among his (Jesus’) sheep: those who will inherit “the kingdom prepared for [them] since the creation of the world” (v. 34). On the other hand, to treat Jesus’ brothers unkindly or ignore their needs will result in his command to “depart…into the eternal fire prepared for the devil and his angels” (v. 41), that is, into “eternal punishment” (v. 46). Could our Lord be any clearer about the reward of the sheep and the fate of the goats?

People must realize that anti-Semitism carries an everlasting price.

Guest Post by Laurel West: Journalist, author and teacher Laurel West is a Penn State graduate (BA 1959, MA 1991).  In her first century novel, Ilana’s Love, she reveals the widely rippling impact of Jesus’ heart-to-heart exchanges as no other biblical-era novelist has done. 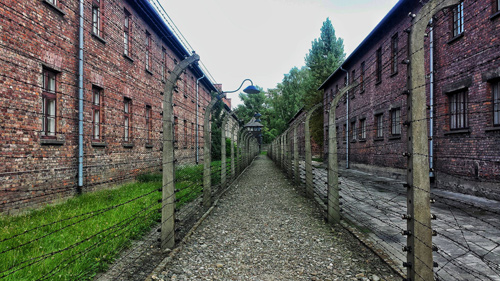