I do a lot of work in the tech field.  I can fix computers, build home networks, write webpages, and do graphic design.  My current day job consists of many of these elements.  I am also expanding my skills (a concept that I think everyone should do), so I was doing a few internet searches for tutorials on doing some specific work on Adobe Illustrator when I encountered a tutorial on how to draw an emo kid.

I looked at that photo for a while and I thought about the pain behind the child.  Granted, I am looking at a cartoon drawing, but it made me reflect back on my own years in middle and high school.  What is that draws kids to a sub-culture?  What sub-cultures are out there?  How are they evolving? How does this relate to the title of this post?  These questions, and more, I will address.

At the core, kids are looking for love.  Studies show that a girl who grows up in a home without a father lacks male affection and she tends to reciprocate by getting sexually active at a younger age to find that male affection that her heart was made for.  One teenager recently told me that dating was like a status symbol for girls in middle school now.  We are hard-wired for love (Genesis 2:18-24, Matthew 22:37-39), created in God’s image (Genesis 1:26-29).  At the bottom line, all kids are looking for love, and that usually means time, and meaningful conversations.  It is true even in our day of media, movies, and entertainment.

What usually happens is that little kids (babies to about five) get all sorts of attention, they are so ‘cute’  but as they grow up and gain more independence (6-12), parents pay less and less attention to them.  Once they become a teenager, they are as tall of the parent; they have underarm hair, and develop a deeper voice.  And at this stage, many parents just let them be who they are, mom and dad stop paying attention, let the teen do what they will with very little input, or very little attempt to enter their world.  This is a mistake.

Teens will rebel outwardly about mom or dad wanting to know what they are doing, but inwardly, it is what they truly crave.  Not total control, but trust, and trust comes from love.  And love is expressed by time and meaningful conversation.  I can recall one such conversation.  I wrote about it a journal in 2004.  I was just starting to get involved in Big Brothers program, I had not yet met my first little, but I was starting to open my eyes to ways on how to communicate with kids.  I remember being at a small group event and spending over 35 minutes talking to a kid that was about 8 or 9 years old at the time.  The usual parental idea of a kid at this age would be described as fidgety, wanting to run off and play or watch a movie, but this kid sat down for a long while and talked.  He talked about interests, amusement parks, even some of what he wanted to do with his life.  I learned over the years of working with kids and teens that what they truly want is someone to talk to that does not judge there position and have an answer for everything.  I recently read an article about Millennials that echoed these personal observations of mine.

In my own middle and high school years, we only had a few groups, though a few more were starting to emerge.  Our middle school had what we referred to as preppies, jocks, and outcasts/head-bangers.  I fit into the latter category.  We were mostly defined by long or scruffy hair, slashed jeans, heavy metal T-shirts, and leather jackets.  Basically, if we did not fit into other groups, and we did not have a goal in life, we were here, and we started to look the part.  It is very true what the scripture says, where there is no vision, the people are unrestrained (Proverbs 29:18).  I think to the eighth grade when we started to make those distinctions ourselves.  Our little group consisted of myself, Mike, Spring, Bryan, and a few others.  Mike committed suicide after battling heroine addiction at the age of 20, Bryan has also died, but I do not know how, I can not find any information about Spring, but I have emerged, learned the lessons of the past sub-culture, and carry some of the hurt of those days in my heart.  My sub-culture was not good for me.

Kids dive into these sub-cultures because they are looking for affection.  If they can not find it at home, they look for it among their friends.  Thus, a group is born.  Now, the groups have evolved a little bit, mostly among the outcasts.  The jocks and preppies are still around (just ask any kid that does not fit in well), but now we have goth, emo, skater, and a few others.  Usually it is sadness that drives youth into these groups, and it is the social-outcasting that happens which keeps them in.  As I tell one youth over and over: Even if you are not doing something bad, if you take on the appearance of people that are associated with doing bad things, you will be accused as well. Once the youth is accused, they may start to follow suit.  The sad thing is, sometimes this is the only time kids get attention, negative attention it may be.

Kids spell love ‘T-I-M-E’.  You can say that you love your kids, but if you do not spend time with them, get into their lives, hang out, do things they want to do, it can send a double message, or what the psychology field will call a ‘Double Bind’.  This means that your words are saying one thing and your actions are saying something different.  The best thing to do for your teenager is to spend time with them without judging they are, their appearance, or trying to solve all their problems.  Just hang out, learn who this young person is.  Only then will you be able to speak into their life and help them develop and achieve goals.

The Bible has only one commandment for young people, though the specific ages are debated on.  Kids have to obey their parents, so that places all responsibility for their behavior on the parents, or else on the child only in the position of disobedience.  Parents are accountable to teach their kids how to live a live that pleases God, but they are given more specific commands not the exasperate their children (Ephesians 6:4, Colossians 3:21).  Your teens are still young people, inexperienced in life, and need of direction.  They are craving time from you, and will eventually let you speak into their life with your experiences.  Spend time with them, love them, give them rules and stick to those, but do not anger your kids with unpredictable behavior, give them guide rails and stick to it. 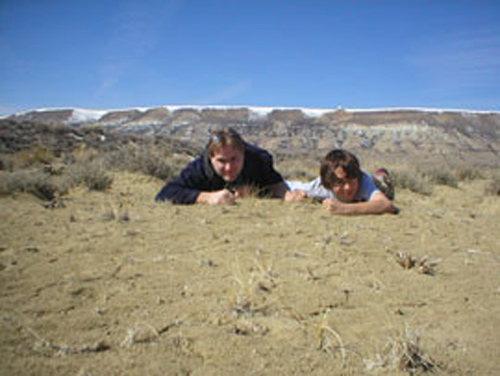