We are all prodigals.  We run from Christ, righteousness, and holiness.  But in this message, unlike usual, I do not want to dwell on that.  I want to focus on the response.  In a way, this will be a review of a little book that I just received from John MacArthur entitled Grace for You, which is a summary of the A Tale of Two Sons: The Inside Story of a Father, His Sons, and a Shocking Murder.

In the book, MacArthur outlines the parable of the prodigal son, but adds a very well thought out twist to the story (you will need to keep reading for that).  The story starts out by discussing the sinner, and then moves onto a discourse on truth about the nature of sin.  After sin, MacArthur moves onto repentance, salvation, and complete restoration.  The final section is titled The Stately Sinner, which if I could retitle, I would call, “The Acceptable Sinner”.

As we embark in the well known parable found in Luke 15:11-32, we first note the sinner.  This punk kid basically says to his father, “I wish you were dead!  Give me my inheritance.”  Fortunately, most of us do not give our inheritance to own kids who are likely teenagers (at least he acts like it in this parable), but this father does.  If you were raised in the church, you probably can not even imagine the sins that this kid committed.  He lived wastefully and extravagantly.  But he did so without having any source of income.  He ran out of money in his sin, and having nowhere else to go, he took on a job that was only detestable to his upbringing.  MacArthur says “When all attempts at avoiding sin’s payday are finally exhausted, the sinner truly hits rock bottom.”  In my difficult experience, only when you hit rock bottom can you truly look into that bright light and beg the Savior to grab your hand.

Repentance leads to salvation, and salvation leads to restoration.  When a sinner looks into his life truthfully and says, “I am a sinner, and I am unable to change that, and I so desperately want to change that….but I can’t” that is the point where Jesus steps in and salvation has been found.  When you recognize your inability over sin, and believe on Jesus Christ, you have found salvation.  When Jesus redeems you, you begin the process of sanctification.  It is this journey that is a combination of you and Christ together that leads to soundness in faith and also to restoration.  Once sin is atoned for and forgiven by God, it is grace that now enters.  Grace says that we understand that all of these other fellow humans are not perfect just as we are not perfect.  Grace frees us from the guilt of our sin, and opens us up to the Love of the Father.  It was grace that this prodigal received, and it is grace that causes us to be transformed more and more like Jesus.

But notice the older brother.  He was not full of grace, but rather hypocrisy.  He was angry that his father would honor this sinning brother, rather than happy for his return.  The very twist is that this parable is about the Pharisees who do not rejoice over the salvation of these sinners.  They do not want to give grace to the sinners.  Notice the stories, The woman caught in adultery (John 8:1-11), Samaritan woman at the well (John 4:5-26), Anointing of Jesus (Luke 7:36-50).  There are many more examples.  Let us not be these Pharisees that point out the sins of others, but rather, let us have the grace to love them.  For only through grace and love and people brought safely into the kingdom.

I would highly recommend this book, and I do look forward to reading the expanded version, A Tale of Two Sons: The Inside Story of a Father, His Sons, and a Shocking Murder, when I get the opportunity. 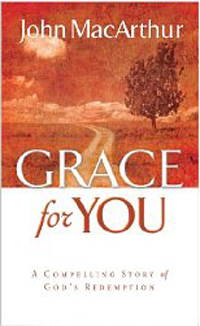