As the Deer Pants

As the deer pants for the water brooks, So my soul pants for You, O God. My soul thirsts for God, for the living God; When shall I come and appear before God? (Psalm 42:1-2)

It is no secret that I dwell on the topic of professing Christians not reading the Bible, but why is it that we do not read it as we should?

I think that some of the problem is one of our modern evangelical approach.  It is very possible that we have a lot more professing Christians in the church than we have actual believers.  This is not a new problem, for even Jesus talked about people that were religious but not actually His followers.  He declares in Matthew 7:21-23:

Not everyone who says to Me, ‘Lord, Lord,’ will enter the kingdom of heaven, but he who does the will of My Father who is in heaven will enter. Many will say to Me on that day, ‘Lord, Lord, did we not prophesy in Your name, and in Your name cast out demons, and in Your name perform many miracles?’ And then I will declare to them, ‘I never knew you; depart from Me, you who practice lawlessness.’

At least two of the parables that Jesus told the people warned them about non-believers being closely tied with believers.  In Matthew 13:24-30, Jesus tells the parable of the tares among wheat:

Jesus presented another parable to them, saying, “The kingdom of heaven may be compared to a man who sowed good seed in his field. But while his men were sleeping, his enemy came and sowed tares among the wheat, and went away. But when the wheat sprouted and bore grain, then the tares became evident also. The slaves of the landowner came and said to him, ‘Sir, did you not sow good seed in your field? How then does it have tares?’ And he said to them, ‘An enemy has done this!’ The slaves said to him, ‘Do you want us, then, to go and gather them up?’ But he *said, ‘No; for while you are gathering up the tares, you may uproot the wheat with them. Allow both to grow together until the harvest; and in the time of the harvest I will say to the reapers, “First gather up the tares and bind them in bundles to burn them up; but gather the wheat into my barn.”’”

We need to understand that in our times, the tares grow high even to the point where we struggle to see the wheat.  Jesus was clear that the church will not be purged of the tares, the false believers, until the end of times.  But in that time, the people will be separated.  Jesus describes this again in the Olivet Discourse in Matthew 25:31-46. These passages may be disturbing, but I think it highlights some of the reason that professing Christians are not reading their scriptures.  They are not really God's chosen people, so they do not want to listen to Him.  Do not get me wrong here.  It is not our position to go around judging another persons salvation.  That is really between them and God, but I think what we can do is focus on the importance for a Christian to be in the Word as much as possible.  That is the connection with God.  James says, "Draw near to God and He will draw near to you. Cleanse your hands, you sinners; and purify your hearts, you double-minded (James 4:8)"  Our job is to encourage others in the Word. True believers will hunger and thirst for the Word of God.  When we need the Word to get through our day as we need food.  As the deer so desires to drink from the water brooks, the true believer will long for the Bible.  So as much as I dwell on telling Christians to get into the Bible, the fact is, the possessing believer will long to get into the Word as a daily extension of their life.  They will look forward to that time as much as they long for breakfast in the morning.  If we as believers are finding that we are not interested in the Bible, if we cannot find the time, if our life distractions are in the way of the time with our Lord, than it is critical to get on our knees and ask God why we are not interested in what He has to say.  Let us consider the words of Jesus when he explains the parable of the sower to his disciples:

The seeds that Jesus is talking about here the ones that make a profession of faith but do not last.  I argue in my book that these people are likely not saved, though they may have looked like it at one time.  Persecution and distractions are the biggest factors that drive us away from God, but discipleship is costly:

Then Jesus said to His disciples, “If anyone wishes to come after Me, he must deny himself, and take up his cross and follow Me. For whoever wishes to save his life will lose it; but whoever loses his life for My sake will find it. For what will it profit a man if he gains the whole world and forfeits his soul? Or what will a man give in exchange for his soul? For the Son of Man is going to come in the glory of His Father with His angels, and will then repay every man according to his deeds (Matthew 16:24-27).

The problem of Christians not reading Scripture is one of major concern, for our churches in America are full of people that never long for His word.  We must humble ourselves daily before God and seek to truly understand what He has to say.  We do have bad days, just like our physical health sometimes we are just not hungry, but my concern is if we never desire time with Him, if we never seek Him but when challenges arise, if we never want to read His Word, we may have reason to question our position before God.  Seek His face and desire His word. 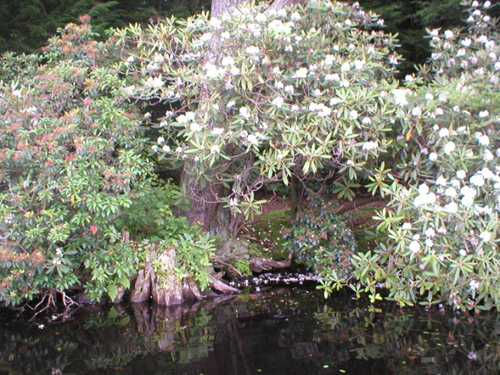