Sick of the Political Christians!!

Well, it has been a while since I have posted, and even longer since I sat down to write a new post, but my heart is full with a problem that I perceive.  I do not follow politics a whole lot, particularly what the news media pushes all the time.  It seems to me that most of where I get my information is from church going people who usually completely attack one particular party while blindly following another.

Some churches are, of course, 'liberal' and so they each embrace opposite parties.  To confuse the matter more, even within each type of church, there are those whom would embrace the 'not so common' party.  You end up being a Republican Christian or a Democratic Christian.  And I believe that either extreme is sin!  If you would, please, take a look at 1 Corinthians 1:17-21:

For the word of the cross is foolishness to those who are perishing, but to us who are being saved it is the power of God. For it is written, "I WILL DESTROY THE WISDOM OF THE WISE, AND THE CLEVERNESS OF THE CLEVER I WILL SET ASIDE."

He is referencing here the philosophical scene around the city of Corinth.  Being a major city in the Roman Empire where philosophy was so prevalent, many people coming to Christ had their own favorite philosophies and they tried to combine them with Christianity to add to the doctrines of faith.

Each party boils down to one thing: philosophy.  Each operates on its own beliefs whether you agree with those beliefs or not, is not the issue.  The issue that I see here is that the radical political scene during this election is way too religious and way too political.  We need to stop, reset, and try again.  Let us consider this: The church does not need to divide over political parties because when it does, it first, sets forth a bad witness to the people of the world, particularly with those whom are sympathetic to the opposing view.  The other reason is that we are not concerned with the political philosophy of the day because if the church is able to legislate the whole Bible into the law of the United States of America, it would not do a bit of good.  It did not work for the Jews in the Old Testament, and it will not work for us today.

Let me also add this to the mix: Neither the election of Obama nor McCain will make the country better or worse.  What will make the world a better or worse place is if we, as Christians, get out of the life of politics and into the life of the people who need help (who usually embrace the ‘evil’ party by the way).  I am in no way suggesting not to vote.  I believe that we should all vote, and then stop letting the government fix the lives of the people.  Help the people, and then help them help themselves.  Only when responsibility enters the hearts of the people will the world become a better place. 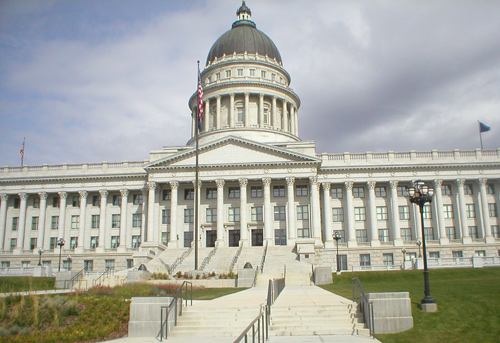