We are here again at March 17, a day set apart as Saint Patrick’s Day. What does all that mean? Are we like Alex Jefferson on Adventures in Odyssey who is wearing a green sweater for no other reason than his mom wanted him to wear it because of this mysterious day? I recall that very reason in my early life! “It is Saint Patrick’s Day, you need to wear green!” is the common phrase of people getting ready in the morning all throughout America on this day. I, also, was caught up in all these things in my early life, as a non-believer, wearing green, for no reason. Why?

Sadly, and like most holidays, Saint Patrick’s Day has been turned into a ‘Helliday’, an occasion to gorge ourselves in Sin. Christmas: Materialism; Thanksgiving: Gluttony; Valentines Day: ‘Couples Night’; Saint Patrick’s Day: Alcoholism. Any occasion now found to commercialize any day is rapidly exploited in our age, but we, as Christians, should be standing for the truth, not participating in sin. So, what is the truth? Do you know? I wanted to find out, so I have researched the life of this man through many different books and also by reading Patrick’s own writings, Confessio and Epistola. I wish to present you a brief summary into why we celebrate Saint Patrick’s Day. If you happen to bump into me today I will not be wearing green simply so that I can get as many people as possible to ask me why I am not wearing that color. Then, I will be able to give them a summary and challenge them with the Gospel of our Great Lord, Jesus Christ.

My resources will be from the well credited turn of the century church historian Philip Schaff (History of the Christian Church, Volume 4: Mediaeval Christianity 590-1073 AD), and the modern scholar on Saint Patrick, Thomas O’Loughlin (Saint Patrick: The Man and His Works).

Patrick was the son of a deacon in the church and the grandson of a priest in a small village presumably in the country region of present day England. Although being raised in the church, he was a very disobedient young man and was not a professing believer.He was captured during a raid in his youth that carried him away into Ireland as a slave. During his hard years of lonely slavery as a shepherd, the teachings of his childhood came to his mind and he converted to Christianity. He recalls in his confessions that he prayed over a hundred times in one day and often as much at night.He then received a heavenly vision of a ship and set out from his master’s house, walked several hundred miles, and boarded the ship that led him to his village.

After returning home, Patrick, received three more visions: one of a messenger carrying many letters with the same inscription “O holy boy, we beg you to come again and walk among us.” He then received another call, “He who gave His life for you, He who it is that speaks to you.” And the rest of that message was not clear. He then received another internal call including a vision of God the Spirit praying for him, which finally compelled him to return to Ireland.

Patrick returned to Ireland, presumably after receiving some kind of education, though it is uncertain if or where he was educated. However, Patrick was a knowledgeable and persuasive Christian.He returned to Ireland around 432-435 and finally passed away at either 465 or 493 (Both dates occur in Irish History), but the date of his death is agreed on as March 17th and he died in Ireland at the place his ministry began.

During the short period of time that Patrick ministered the Gospel in Ireland, the religious shift in the island was dramatic. He is known as “The Apostle to Ireland” for a very good reason.Patrick baptized thousands of men, was described as the most zealous and efficient evangelist, and performed many miracles across the countryside. He conquered the Druids of the island, and even battled the slave trade in one of his two surviving documents. He is the human instrument by which God converted the entire island of Ireland from Celtic druidism, barbarism, and idol worship to Christianity. For those of you that like numbers, in his short lifetime, he founded between 365-700 churches and consecrated 3000 priests. We already mentioned the unnumbered thousands of people that were baptized. He changed the laws of the kingdom, healed the blind, raised nine people from the dead, and was rumored to expel all the snakes and frogs from the Island (just don’t ask!). That is what I call an effective Christian.

With these accomplishments in mind, this is the man that we celebrate with public drunkenness, green beer, and commercialism in the form of green leprechaun hats, shamrock necklaces, shakes, clothing, lights, and other paraphernalia. What a miraculous life lived, and the best we can do is put on a green shirt because of some ‘leprechaun’ somewhere that gives our culture an excuse to spend more money that we do not have on things that we do not need! I would like to ask you to quietly reflect on why you celebrate Saint Patrick’s Day and lift up a prayer of thanks to God for such a powerful man.

I will conclude with a portion of a prayer that is allegedly written by Patrick before he confronted the chief ruler of Ireland which is now known as the Breastplate of Saint Patrick:

If you liked this article, check out my book Happy Hellidays. 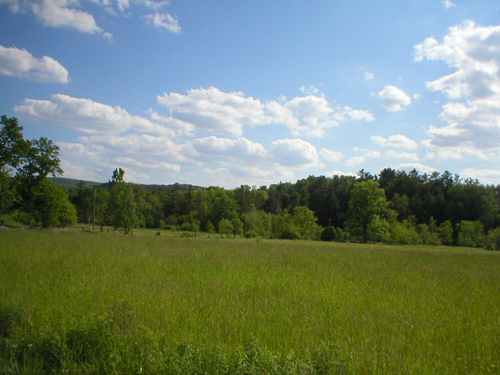