The Christian Response to Halloween

The time of year for Halloween is once again upon us.  For a full detail of the history and some really interesting facts, please visit my article from last year entitled 'Happy Helloween'.  Today, I wanted to review some basics and give some thoughts on the Christian response to this time of the year.

The exact origins of Halloween is unknown.  Some will speculate to know the absolute truth from the celtic druids, but that is mostly fable since that particular culture did not have a written history.  The time of year is very significant.  You see, humans are a very religious people, we seek gods and signs because it is a natural part of us, we just do not naturally seek the one true God.  As such, the end of the harvest has spawned many religious ceremonies over the years as people have worshiped their mind-made gods during the rest at the end of the harvest.  That is the truest origin of the holiday.  Even our modern day celebration can not be tied to the Judao-Christian roots as some have suggested.  Even the Adventures in Odyssey (a program I highly support) was totally wrong on the origins.  In that program, entitled 'What Are We Going to Do about Halloween' the kids are led to believe that the church dressed up as demons to prank people.  That is close to the truth, but a farse.  The fact is, very few people understand why Halloween is so bad, but Churches preach it to be a day of witchcraft and satanism.

Witches do have some minor celebration on Halloween according to some witches that I have dialoged with.  It is only, in my opinion, to the same degree that pagan people used to worship at the end of the harvest.  As for satanism, according to an open and dialoging satanist, they don't care at all about Halloween.  So are you ready for the shocking reason why protestant Christians are against Halloween?  Really?  It is because the Puritans banned it due to being a Roman Catholic holiday!  That's right!  Here is the brief truth of the name of Halloween.  November 1st was a day to worship saints in Roman Catholic tradition.  It was called 'All Saints Day' and it was to be one of the most holy (hear Hallowed) days of the year.  They thus believed that demons ran around the day before playing pranks on people to ruin a Hallow day.  So on the night before, or the Evening, saints would dress up as other people, and sometimes as demons, to trick the real demons away.  A means to protect their Hallow day.  That was the Evening before the Hallow day, or the Hallow Evening, which was eventually shorted to Halloween.

In truth, our modern American Halloween had roots in the Irish that came to the country during the great potato famine.  They had a lot of folk-lore tradition that was merely some fun which became most of our modern day Halloween tradition.

As I mentioned last year, there are three common responses, and two years ago, I saw all of them being played out just in the down-town section of our town.  First, the full-blown cultural participation.  I believe that this is the wrong response.  This church created a slaughterhouse-style funhouse and charged a fee to go in.  They raked in the profits and while people were in line, they were glad to sell hot dogs and soda.  I believe this response is wrong because it embraces the culture and does not do anything to address the sin (some would even argue that this method participates in sin). The second response is to not respond.  Most of the churches in town were just closed.  They wanted nothing to do with this day.  Some of the churches were just confused about what to do, and other churches were branding it as a day from Hell, so we should just lock the doors and turn out the lights.

The final response is to participate in a manner worthy of your calling.  One church dressed in appropriate costumes that would not offend your normal person, and they gave out healthy snacks, tracks, and Bibles.  I believe that this is the best response.

Whats a Parent to Do?

If you have kids, you will want to weigh very heavily if you want to restrict Halloween.  You may cause more issues in our modern culture than you want to.  I would personally give this advice:  If you have younger kids, a community Halloween party would be a fun time with games, activities, and costume contests.  Nothing is wrong with these.  If you have teens, be very careful where you let them go.  Halloween can have an influence on some inappropriate behavior (like any party situation).  So just keep tabs on where they are and who they are with.  You should be doing this all the time, anyway.  As for Trick or Treating, have fun.  Nothing is inherently sinful in that action.

Here are some helpful resources: 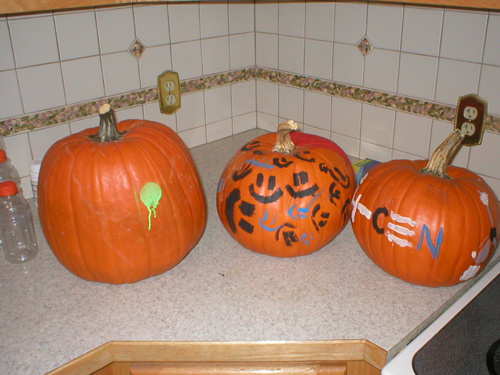